Pipeline ball valve maintenance and management techniques
1. Maintenance and management of the construction period
During the construction period of the ball scientific management and maintenance is very important in the construction of the equipment management in place, maintain science, not only can ensure safety, and can greatly reduce the construction and operational management of costs. Major should note the following aspects: ① to the correct method of handling the valve, the valve to avoid mechanical damage. When the valve lifting, lifting belt can not be tied to the stem or actuators lifting, otherwise it will cause the stem bending diameter valve seal failure and gearbox destruction; ② in the factory, to be installed at both ends of the valve simple blind board to avoid during transport and on the construction site water, sand and other impurities into the valve chamber, causing corrosion and damage to the seal; ③ at the construction site, the best valve neatly placed on the sleepers, do not put anywhere, avoid sewage mouth, mouth, and other grease from being damaged or broken; ④ before installation, the valve must be grease injection. By injection of grease on the one hand to check the grease channel is smooth, on the other hand to seat sealing surface and the rear cavity is filled to avoid impurities into the sealing surface and a rear chamber, while a certain extent, can weaken the welding of high temperature on the valve seat after ⑦ pressure test done; damage; ⑤ the entire installation process to keep the valve in the fully open position; ⑥ when the welding is completed and finished water pressure test before and after each operation and to timely make a certain amount of grease , to the valve chamber timely discharge water clean, prevent corrosion and freezing.

2. Running routine maintenance and maintenance recommendations
① periodically check tightness of valves, sewage through the mouth to check if there is internal leakage, internal leakage press handler for processing; ② timely injected a certain amount of fresh grease to the seat, the amount and frequency of injection valve in accordance with the frequency of activities, generally when the valve event once, to inject the right amount of grease, the amount of each injection is approximately 1/8 the volume of the sealing system, this was done to avoid the greatest degree of impurities inside the tubes into the seat chamber, the impact of the valve seat, thus resulting in seal failure, while ensuring the sealing surface time in the “wet” state; ③ valve of little activity, the minimum annual activity 1 times while injecting the right amount of grease, this is done to avoid the ball and when gluing the seat, but also to avoid the ball to dry milling activities, protects the seat and ball; ball before ④ winter to conduct a comprehensive maintenance and repair, the focus should drain valve actuator within the cavity and water, to avoid freezing in winter , affecting the normal function; ⑤ replace the grease once a year within the gear transmission mechanism; ⑥ periodically check valve diameter seal, once the leak appeared to be in time; ⑦ remove rust, external maintenance. 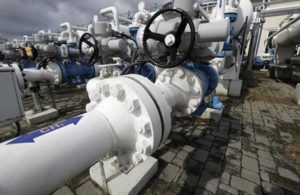 Common Faults and exclusion method
1. Ball endoleak
Gas pipeline within the valve leakage is the most common valve problems.
Reason (1) within the valve leakage
1) Construction of the cause of the valve leakage: ① transport and lifting the overall damage caused by improper valve causing the valve leakage; ② When the factory, there is no pressure applied to the valve be dried and preservative treatment, resulting in the formation of the sealing surface corrosion internal leakage; ③ construction site protection is not in place, both ends of the valve is not installed blind, rain, sand and other impurities into the seat, causing leakage; ④ when installed, no grease injection valve, causing impurities into the rear seat when welding or burns caused by internal leakage; ⑤ valve is not installed in the fully open position, causing damage to the ball, during welding, if the valve is not fully open position, weld spatter sphere will cause damage, when accompanied by weld spatter sphere when the switch will cause further damage to the valve seat, causing internal leakage; ⑥ welding slag and other construction remnants cause the sealing surface scratches; ⑦ shipment or installation of the limit inaccuracies caused by leakage, if the stem or other accessories with the drive sleeve assembly angular displacement, the valve will leak.
2) Run of the cause of the valve leakage: ① The most common reason is that managers take into account the operational and maintenance costs more expensive valve without maintenance, or lack of scientific approach to management and maintenance of the valve without valve preventive maintenance, caused by equipment failure occurred in advance; ② no maintenance or improper operation caused by internal leakage in accordance with maintenance procedures; ③ during normal operation, construction remnants scratch the sealing surface, causing internal leakage; ④ pigging improper sealing surface damage caused by internal leakage; ⑤ long-term maintenance or inactivity valve, causing the valve seat and ball lock, resulting in seal damage when the switching valve is formed in the drain; ⑥ valve switch caused by inadequate internal leakage, regardless of any valve opening and closing position, the general inclination 2 ° ~ 3 ° may cause leakage [2]; ⑦ large number of large diameter valve stem has a stop block, if used for a long time due to corrosion and other reasons between the stem and stem stopper accumulation will rust, dust, paint and other debris, the debris will cause the valve can not be rotated into place and cause leaks – If the valve is buried, the stem will produce longer and more falling rust and impurities impede ball rotation in place, causing valve leakage, ⑧ general the actuator position is limited, if long-term cause rust, hardened grease or loose bolts limit will limit inaccurate, causing internal leakage; valve actuator position ⑨ set forward, not about the place causing internal leakage; ⑩ lack of periodic maintenance and repair, resulting sealant becomes dry, hard, dry seal fat accumulation in the resilient seat, seat impede movement, resulting in seal failure.

(2) judging method endoleak
Natural gas pipeline is fixed common axis valve, which generally check is: turn the valve to the fully open or fully closed position by the sewage discharge check valve nozzle for leaks. If it can discharge clean, then the proof sealing. If the discharge pressure is always there, it can be considered a leak valve, then the valve should be handled accordingly. But emphasized that for GRoVE B-5 and B-7A-ball, PBV ball, ROBERT CORT ball can only be checked in the fully closed position, such as on the ball valve to open a channel, when the fully open position when, to balance pipeline and the valve chamber pressure. But when the fully closed position, it will not happen.
(3) endoleak handler
① first check valve limit to see if the limit can be resolved by adjusting the internal leakage of the valve. ② first injected a certain amount of grease see if you can stanch, when the injection rate must be slow, while observing the changes in the outlet pressure gauge pointer grease gun to determine the case of internal leakage of the valve. ③ If you can not stanch, there may be early injected sealant harden or sealing surface damage caused by internal leakage. At this time recommendation injection valve cleaning fluid, and the sealing surface of the valve seat cleaning. Usually a minimum of half an hour soak, soak if necessary, hours or even days, to be cured completely dissolved and then do further processing. In this process, it is best to switch movable valve several times. ④ refilling grease, intermittent opening and closing the valve, the discharge valve after the contaminants chamber and the sealing surface. ⑤ In the fully closed position to check if there are leaks, sealing grease should be injected to strengthen the level, while opening the valve cavity vent, which can generate a large pressure differential helps seal, under normal circumstances, to strengthen the level by injecting sealant internal leakage can be eliminated. ⑥ If you still have internal leakage, it is necessary to repair or replace the valve.
2. Stem leakage
Most valve stem is provided on the upper and lower two seals, in general, you can not do any maintenance, but due to prolonged wear or aging, may cause leakage of the valve stem. For injection stem population, can be achieved by injecting sealant temporary stanch purposes. Fill sealing grease should be slowly, preferably with a manual grease gun. When the leak stops, they should stop filling, filling volume too much can cause difficulties stem rotation. Of course, some of the stem at the structure of by injection or compression packing gland packing to achieve the seal.
3. Ball valve operation exception
1) ball a long time without maintenance and activities, and the ball seat may be locked, this operation of the valve even more laborious operation does not move, then it is best injected a certain amount of cleaning solution soak for some time before the operation.
2) pipeline in the garbage, sand, dirt or aging, hardened fat accumulation in the seat ring seal around the valve seat and the impact of the action, causing the seat ring stuck, causing a leak between the valve seat and the ball. Typically injection valve to the cleaning solution to remove impurities.
3) When the high water content of the natural gas in the transport process as the environment changes, there will be condensate water. The water valve will exist lowest point of the valve, it is usually the lower part of the lower pivot or ball valve, freezing cold conditions at low temperature, resulting in the valve opening and closing does not move.
4) when dealing with stem leakage, causing clamping screws too tight on the switch difficult, the compression screw should not be too loose or too tight.
5) There may also be adopted for the turbine, worm gear operated valve engaging the following reasons: ① badly worn or broken teeth, resulting in the engagement can not be normal; safety pin ② worm on the break; ③ worm or worm wheel bearing damage on; ④ turbine worm poor lubrication for grease these places usually petroleum based, are water pollution, in cold weather, the water freezes, the valve inoperable. If this occurs, open the gear box to remove all ice, water and grease contaminated, and re-apply new grease – if particularly cold, it is best to use low-temperature grease, such as alcohol-based grease ; ⑤ bolt and valve gearboxes are connected to the loose or cut; ⑥ electric head fault, no power supply wiring or setting errors.
6) There may also be linked to gas and liquid valve for the following reasons: ① gas line, oil pipeline may block or rate-limiting valve is in a closed state; ② lack of air pressure; ③ cylinder or rotary component sealing fault; ④ pressure and other causes of excessive torque. 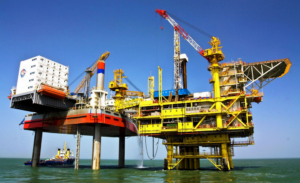